The Quest for the Best Burger in Minneapolis | Explore MPLS
892
post-template-default,single,single-post,postid-892,single-format-standard,tribe-no-js,ajax_fade,page_not_loaded,,qode-title-hidden,qode_grid_1200,qode-content-sidebar-responsive,qode-child-theme-ver-1.0.0,qode-theme-ver-10.0,wpb-js-composer js-comp-ver-5.0.1,vc_responsive 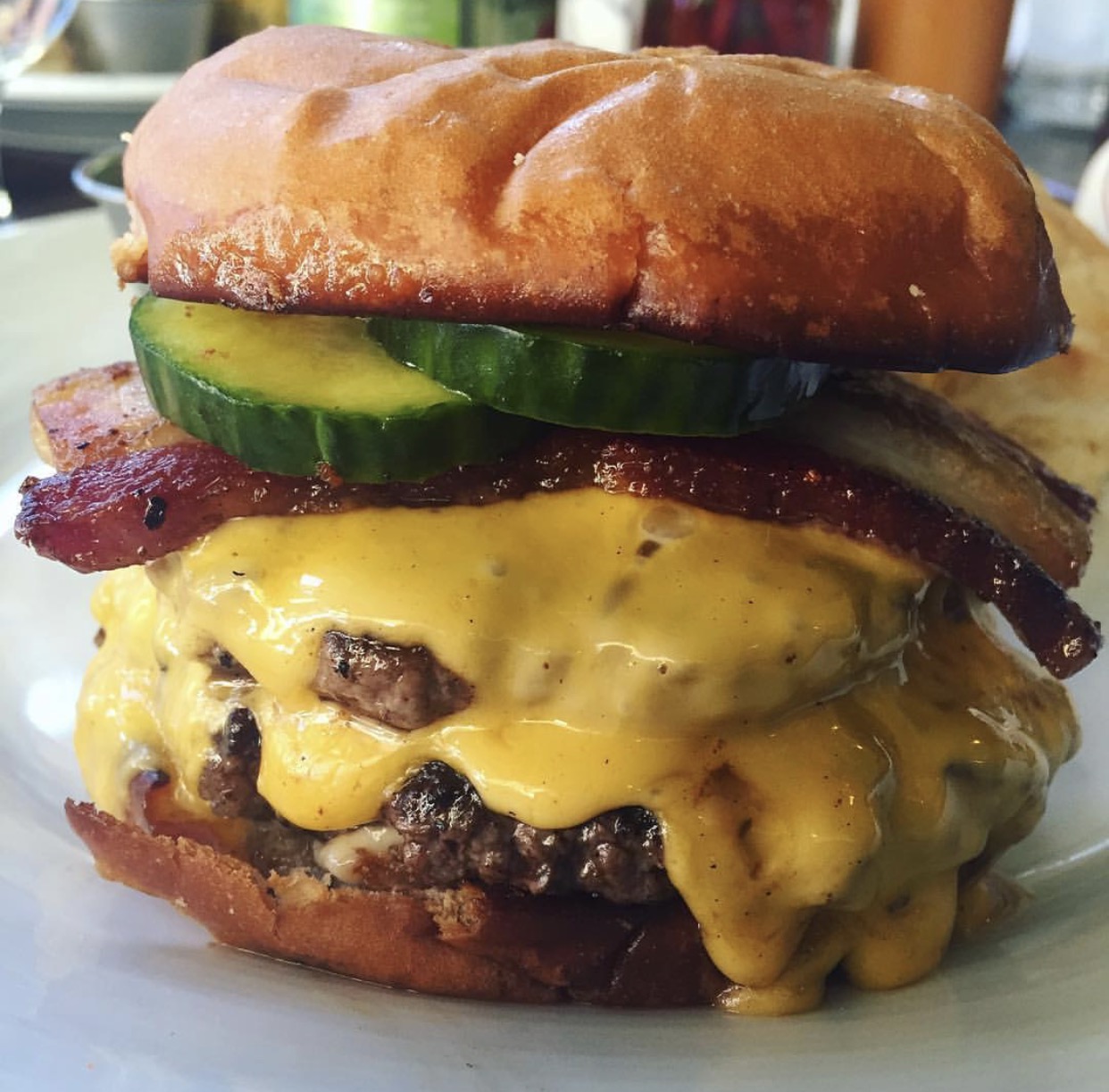 01 Nov The Quest for the Best Burger in Minneapolis

Posted at 01:17h in Dude Friendly, Lovely for Ladies by timbdesign 0 Comments

A note on who didn’t win.

I’m not an elitist. Frankly, these burgers are in my honest opinion, as good as those on this list. Culvers is amazing for a fast food restaurant, Shake Shack blew my mind the first time I ate it and is now in the Mall of America, Matt’s bar was good enough for Obama to visit when he was in town, and Burger Jones has awesome twists on the burger like their gyro burger I love.

But lets be honest — Five Guys has the system for superior burgers down to a science. I had to push myself to not put this higher on the list, but even though it’s not a Minneapolis native, lets be clear Five Guys has my heart. Almost to the point where on the right day this could easily be a candid shot of me:

From the Breakfast Burger to the Mushroom and Swiss – Red Cow is a solid option, and a Minneapolis favorite for burgers that leave an impression. There are a couple things missing from Red Cow that would make a contender for the top 3. I should mention they have some of the best Sweet Potato fries in Minneapolis though.

St. Dinette is my wife’s #1 one favorite burger in St. Paul – so I suppose this post could be called the best burgers in the Twin Cities. The simplicity of the St. Dinette burger is it’s charm. Alpine cheese and scrumptious pickles give this somewhat small burger a delightful complement.

2. Borough  – They grind the meat in house, the Pepsi to Revival’s Coke, instead of overly sugary like Pepsi, a touch salty and heavy

Borough’s burger is insanely good, though the portion may be a little large for some – ideally you might split it with a partner, and have some Octopus and Steak tartare to share as well. In that context it might be a better overall meal than #1, but by itself it’s a clear #2 to me. There’s more to love than critique however, especially knowing the love and care that goes into the in house grind, and other preparation that is beyond most options.

And now… for the #1 Burger in Minneapolis, by your discerning burger adventurer:

Revival’s, the burger I finally had after a long quest to find the best in the area. This burger really was over the top amazing, and I’m not a shill for this restaurant or paid to say this in any way – I don’t love their fried chicken even though so many people do. I’m definitely going to be back again and again!

Thank you for reading my ‘quest for the best burger in Minneapolis / Twin Cities’!

Hi! I’m Bea! My husband, Tim and I are Minnesota natives and love exploring Minneapolis, the city that we have come to call home. We love to take exciting new adventures together and soak up all that MPLS has to offer. We bring along our four legged pal, Gypsy, as much as we can and love to find dog friendly spot for her to soak up love and attention. Thanks for stopping by, and Happy Exploring!